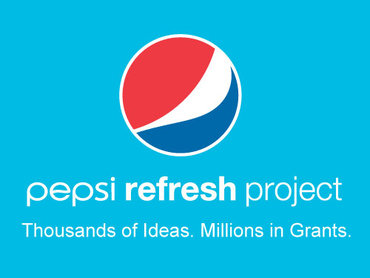 In 2010, Pepsi proved that anyone anywhere can motivate and inspire Americans to move the world forward. Since February, all 50 states have participated by voting in the Pepsi Refresh Project. With over 61 million votes cast via www.refresheverything.com, the Pepsi Refresh Project is on track to award more than $20 million in grants to over 400 ideas in 2010.

“The findings of our Pepsi Optimism Project survey rang true,” said Jill Beraud, chief marketing officer of PepsiCo Americas Beverages. “The people that generate the best ideas are those we surround ourselves with every day- not celebrities or politicians. The Pepsi Refresh Project has proven that it is your friends, neighbors and family who inspire and generate ideas that make communities better.”

Here’s a look at what this year’s Pepsi Refresh grantees have accomplished, from building playgrounds in communities across the U.S., to providing instruments to students, to supporting energy efficiency installations:

In addition to the ideas realized above, there are 133 projects underway that would otherwise have been scaled back, or nonexistent. The final round of 2010 ideas will be up for voting at www.refresheverything.com in January 2011. The first round of submissions in the 2011 program will be accepted starting March 1.

“We’re looking forward to continuing and expanding the Pepsi Refresh Project in new directions,” Jill said. “We’ve asked all our fans on Facebook to share their thoughts on what matters most and to provide us with ideas on how to improve the program for 2011. These insights have helped us shape the program next year.”