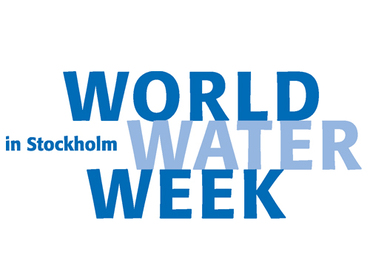 "PepsiCo is honored to accept this award from the Stockholm Industry Water Award Jury. This prestigious award is validation of our water conservation efforts. Reducing our water usage drives cost reductions and reduces our overall environmental footprint, and so we're innovating to make the most of every drop of water used," said Indra Nooyi, Chairman and CEO of PepsiCo. "These water reduction efforts are part of our overall Performance with Purpose strategy, which includes our promise to provide a wide range of foods and beverages for local tastes; to find innovative ways to minimize our impact on the environment by conserving energy and water and reducing packaging volume; to provide a great workplace for associates; and to respect, support and invest in the local communities where the company operates."

PepsiCo was recognized for the unparalleled steps it has taken to conserve water across its business operations and agricultural supply chain including:

• Improving global water use efficiency by more than 20% per unit of production achieving its water goal a full four years ahead of schedule.
• Conserving nearly 16 billion liters of water in 2011, from a 2006 baseline, through the application of water-saving equipment and technologies, creative recycling and re-use, and by deploying a water management system throughout its manufacturing facilities.
• Reducing water and energy related costs by more than $45 million in 2011, compared to 2006.
• Innovating a variety of agricultural practices and technologies around the world that are designed to reduce water use in farming through new irrigation techniques, and tools that help farmers deliver fertilizer and water to their crops at the most efficient time.
• Providing access to safe water for more than 1 million people with the PepsiCo Foundation and other partners.

"PepsiCo has successfully reduced water consumption in its production, and extended its commitment beyond the company's own operations to help solve water challenges on a broad scale," the Stockholm International Water Institute (SIWI) Award Jury said when announcing the award. The jury added that, "PepsiCo's water commitment has not stopped at the factory walls," as the company has, "saved water all along its agricultural supply chain."

PepsiCo is participating in numerous events focused on water stewardship and sustainable agriculture throughout World Water Week and is proud to recognize several of the PepsiCo Foundation's partners for their support in winning the award, including Water.org, the Columbia Water Center, Safe Water Network, China Women's Development Foundation and the Inter-American Development Bank.

Reducing water use in the company's agricultural supply chain was a key element to PepsiCo reaching its water reduction goal four years early. In recognizing PepsiCo's water stewardship efforts, SIWI cited the company's water management practices in its day-to-day operations, some of which include:

• "i-crop", a 'precision-farming' technology, and web-based tool – developed by PepsiCo in conjunction with the United Kingdom's Cambridge University – that enables PepsiCo's farmers to monitor, manage and reduce their water use and carbon emissions, while also maximizing potential yield and quality. Initial trials of i-crop across 46 of PepsiCo's U.K. potato farms have already seen a 13 percent increase in crop yield and an 8 percent reduction in water usage.
• Direct seeding, an agronomic practice in paddy cultivation used in India, which is quickly expanding across other markets as well. Rather than growing seedlings in a nursery, planting them, and then flooding farmers' fields, direct seeding allows the seed to be planted directly into the ground, bypassing the nursery. This removes the need for flood irrigation, reducing water use by as much as 30 percent.
• ReCon, a tool named for Resource Conservation that allows manufacturing facilities to conduct self-audits of their water management practices, and identify and respond to water conservation improvements. The company is planning to extend ReCon into the agriculture area and can apply many of the same principles to understand water risk in the supply chain.

Near net zero plant, built in Casa Grande, Arizona that achieved a "near net zero" vision -- transforming an existing facility to be as far "off the grid" as possible and run primarily on renewable energy sources and recycled water (up to 75% of water is recycled), while sending zero landfill waste.