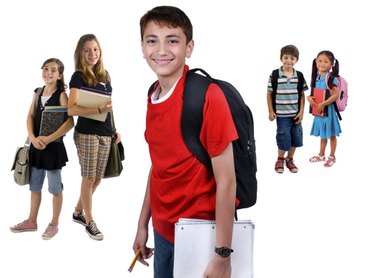 PURCHASE, N.Y., Mar-- PepsiCo (NYSE: PEP) announced today it is voluntarily adopting a new global policy to stop sales of full-sugar soft drinks to primary and secondary schools by 2012. The industry-leading policy establishes for the first time a consistent global approach to the sale of beverages to schools by a major beverage company.

The policy applies in all countries outside the United States, and is generally consistent with the company's existing U.S. policy, which remains unchanged.

PepsiCo Chairman and CEO Indra Nooyi said: "We have long advocated for school settings to be made as conducive as possible to promoting the health of students, and we have programs under way with school authorities in several countries to do that. This includes restoring or expanding physical education and promoting nutrition education. This global policy will serve as an important part of that mission, by expanding our offerings of low-calorie and nutritious beverages."

PepsiCo will work with its bottlers, vending companies and third-party distributors -- in collaboration with parents, community leaders and schools officials around the world -- to offer low-calorie beverages for primary and secondary schools.

The global school beverage policy continues to advance PepsiCo's commitment to reducing calories in schools by offering students a wider range of low-calorie and nutritious beverages in appropriate portions.

PepsiCo worked with the Alliance for a Healthier Generation -- a joint initiative of the American Heart Association and the William J. Clinton Foundation and other beverage industry leaders -- to change the mix of beverages in U.S. schools through voluntary guidelines. The guidelines precluded the sale of full-sugar soft drinks to students in elementary and secondary schools, permitting only low-calorie drinks and portion-controlled juices, sports drinks and waters. In early March, three years after guidelines were announced, it was reported that 98.8% of measured schools were in compliance.